Vista de página
The family of a young man who died of cancer celebrated his life by creating a unique Lego brick coffin for his funeral.
Jordan McCole, of Tyldesley, died aged 21-years-old following a battle with leukaemia on February 3 this year.
His parents wanted Lego fan Jordan to have a send-off like no other and came up with the idea of creating the 7ft brick for the coffin.
The family kept their plans a surprise and mourners were left with a smile on their face after the hearse arrived carrying the yellow brick to Howe Bridge Crematorium, in Atherton, Manchester Evening News reports.
It set the joyous tone for the rest of the service, with OPM’s ‘Heaven is a Half Pipe’ playing out and a follow up slap-up buffet at Italian restaurant Lugana.
Jordan’s mother, Jannine McCole, said she wanted the service to reflect her son’s motto of ‘go big or go home’.
She told the M.E.N: “We never imagined that Jordi’s illness would take him because he was a fighter. But once we had to face the fact that we would lose him,and we started thinking about how we could make his send-off unique and true to who he was as a person.
“We talked to our friend who makes bespoke kitchens and came up with the idea of saying goodbye to Jordi in a 7ft yellow Lego brick - Lego being one of his obsessions.
“We didn’t want to send him on his next journey in a brown box, we wanted the last image of him to reflect his life and if you knew Jordan, you’d understand why we did it.
“He was our ray of sunshine and would’ve wanted his send-off to make his friends and family smile.
“We made the decision that we wanted to inspire others going through the same terrible situation of losing a young person and facing a traditional send off.
“It may have to be goodbye, but it can be your goodbye - their goodbye.And funerals can have laughter and creativity as well as love and grief. That’s what we want people to take away from this.”
Jordan was an aspiring Royal Navy aircraft engineer and was passionate about the outdoors.
He worked an ambassador for charity Climbing Out, which runs activity programmes for young people with life-changing illnesses, and sailed with the Ellen MacArthur Foundation.
Jordan’s parents, Jannine and Tony, are now raising money in his memory for the Young Oncology Unit at The Christie.
http://www.mirror.co.uk/news/uk-news/lego-superfan-who-died-cancer-9899347
Artículo anterior:
无
无
Artículo siguiente: 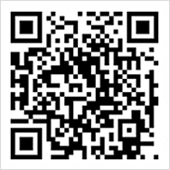